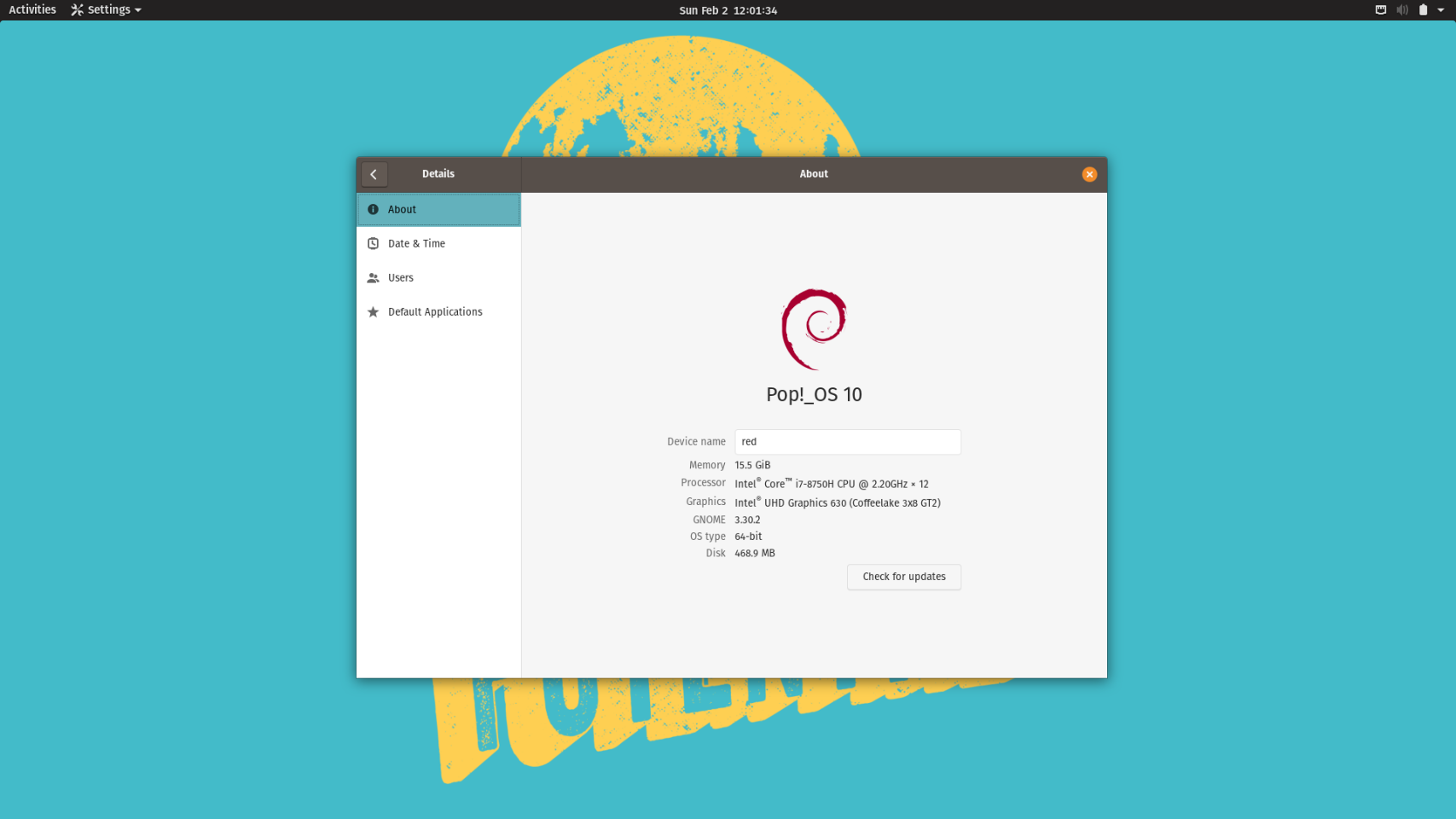 The boring but descriptive title: Configuring and installing the Pop!_OS theming and tools on Debian based distributions other then Pop!_OS

I <3 the work the System76 team has put into the theming and tooling for Pop. system76-power is super handy and the pop-gtk theme is the only theme I can comfortably daily drive but the lack of customizability of the drive partition layout and file system types to enable things such as hibernation or zfs during the install and the instability I have been experiencing whilst using the distro's backported nvidia drivers leaves me in a situation where I want to love Pop but have to look else where. But why not have both a different underlying distro and the Pop tooling and theming!

So that's what I did.

Starting out with a fresh Debian Buster install with gnome installed, (I like to use the package gnome-core because it doesn't install any of the gnome recommended apps which I never use such as gnome-contacts) the first thing I did was add the Pop ppa. Now before you scream "Don't break Debian!" [1], as long as the repo is correctly pinned and we don't try to install anything potentially system breaking such as the Nvidia drivers, kernel, gnome, etc. the system will be fine as it will mostly just be harmless configuration files and some theming.

Now lets make sure no packages are installed from the Pop ppa unless explicitly installed.

Now Pop!_OS is awesome cos all of the distro configuration is handled by Debian packages which on install configure the system. All of Pop's custom packages can be found on the pop-os github but the most interesting one imo is default-settings [2]. The default-settings package not only contains Pop's gconf settings but it also depends on the rest of the theming acting as a nice metapackage.

One slight problem with default-settings though is that it tries to add the Pop propriety repo automatically which fails on Debian because buster isn't a valid Ubuntu version code name. Thus I have created a fork which removes this feature [3] but that means that it needs to be manually compiled.

Now we have pulled in all the pop theming we just need to do a few more tweaks to make it perfect such as setting the gtk and gnome shell theme in the gnome-tweak-tool and whilst in the tweak tool, setting the fonts to the recommended fonts. [4]

That's about it. I have also successfully tried this on a custom Ubuntu install with ZFS on root (my current set up). Isn't FOSS great!?